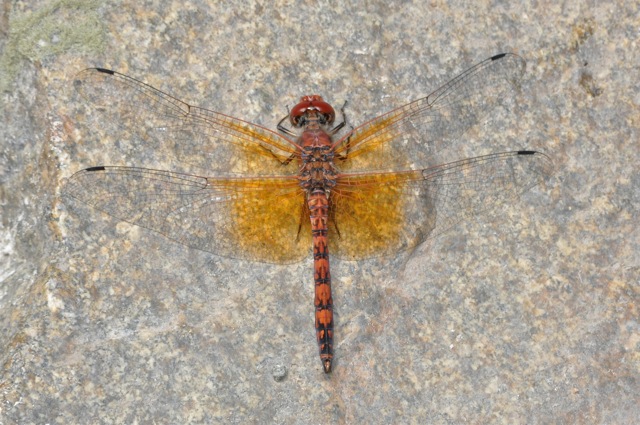 Habitat loss and fragmentation are leading threats to global biodiversity – and are especially prominent in southern California, one of the nation’s largest and fastest growing areas where the population increased from 14.6 million to 16.5 million in only ten years (2000 Census). As the region’s population continues to rise, the maintenance of a diverse ecosystem becomes more challenging. Efforts to combat habitat loss and fragmentation must focus on conserving well-connected networks of wildland areas where natural ecological and evolutionary processes can continue to operate over large spatial and temporal scales.

Landscape corridors link large blocks of protected habitat – providing resiliency to ecosystems responding to natural and anthropogenic environmental disturbances, such as, fire, flood, climate change and invasion by alien species. These connections provide an important societal value as an insurance policy for ecosystem services including clean air and water, wildlife habitat, open space and a quality of life important to the public.

The strain of poorly planned or rapid urban growth and the resulting habitat fragmentation is particularly heightened in southern California, one of only 25 hotspots of biological diversity on the planet. Despite a half-century of rapid habitat conversion, the region retains some large and valuable wildlands, and opportunities remain to conserve and restore a functional wildland network. Planning for human growth in functioning ecosystems (e.g. clean air, clean water, wildlife habitat, open space and open space connections linking natural areas) is a social imperative, as well planned and responsible growth protects our quality of life today and tomorrow prevents much of the tension between conservation and development. The pattern of development is most important in areas where urban growth is pushing into wildlands.

Planning and Buffering Needs around the Santa Margarita Ecological Reserveh

The Santa Margarita Ecological Reserve (SMER) is designed to serve as a living laboratory or a campus classroom, as all field stations are natural areas supporting the mission of San Diego State University: to provide well-balanced, high quality education for undergraduate and graduate students and to contribute to knowledge and the solution of problems through excellence and distinction in teaching, research, and service. Rapid and poorly planned growth that threatens to surround and isolate SMER is problematic. The need for a functioning landscape and an intact ecosystem for study and education of current and future generations of students leads to the need for buffer lands around the reserve and for a broad regional plan that serve local planning efforts in the face of rapid development.

In a prioritization analysis designed to assess the biological importance and vulnerability of habitat linkages throughout the South Coast Ecoregion, theSouth Coast Missing Linkages Project, a highly collaboative multi-agency working group, identified15 top priority linkages out of more than 60 in the region of crucial biological/biodiversity value. The Santa Ana – Palomar Connection emerged as one of these top priorities and is especially important as it is one of only two remaining natural areas in southern California that provides connections between protected coastal and inland habitats. TheSouth Coast Missing Linkages report published in August 2001 identifies the 15 priority areas

Scientists and conservationists have long recognized the ecological value of natural lands in the Santa Ana – Palomar Mountains region and have invested heavily in conserving areas as a means to maintain the “connection” and protect a landscape linkage connecting the Santa Ana and Palomar mountains forever. These investments by federal, state, and NGOs have created a series of stepping stones through the linkage, that in combination provide the foundation for further planning and enhancement. The Santa Margarita Ecological Reserve is a large block of habitat and a key resource in the center of the needed “Landscape Linkage”. The South Coast Missing Linkages Report further called attention to the need for specific planning design for the area.

This history of investment in natural lands, the rapid pace of growth, and the long-standing awareness about the unique landscape values of this area provided a strong foundation for a comprehensive plan providing support for local conservation efforts (e.g., Natural Community Conservation Planning) and urban growth plans. Drawing on decades of research and localized planning efforts, the SDSU Field Stations Program and South Coast Wildlands targeted the area for further planning to address on-going habitat loss that threatens existing conservation investments and ecosystems processes. This planning effort for the Santa Ana – Palomar Linkage became a regional planning initiative that serves a much broader need and helps guide additional efforts. A final report was published in May 2004 identifying critical lands.

The overall planning area is largely still intact natural lands intersperced with working farms and orchards in an area connecting the Santa Ana Mountains and the coastal lowland areas of Camp Pendleton to an inland chain of largely-protected mountain ranges (Palomar, San Diego, San Jacinto, and San Bernardino mountains). This “connection” between the Santa Ana and Palomar Mountains is characterized today by rugged foothills, plateaus and drainages that support a wide diversity of habitats including grasslands, coastal scrub, chaparral, and oak and riparian woodlands. The Santa Margarita River, which winds through this area, is the last intact riparian corridor in southern California and an important water source for Camp Pendleton.

The Santa Ana – Palomar Mountains Linkage Plan is designed to provide information and support to a variety of planning efforts and actions including conservation acquisitions, urban growth plans and the identification of prioritized areas linking larger regional natural lands from the coastal Santa Ana ranges with the inland Palomar mountain ranges. It is meant to identify and recommend mitigation for existing barriers in the linkage design and help identify the regional benefit for well thought out planned development. The pattern of development, rather than development itself is the topic and focus for how this plan can best serve the region. The importance of this planning document is that it serves to help understand a series of projects and conservation efforts that are proposed in the linkage area. It also clearly describes the linkage design area and how existing patterns of land use can work together with conservation goals and improve linkage function. All projects should be carefully considered for their impacts on this special linkage area and proposals that significantly change the nature of natural areas in the linkage must be evaluated individually.

SCCF PLAN
The South Coast Conservation Forum (SCCF) is a coalition of agencies (Department of Defense, San Diego State University Field Stations Program, The Nature Conservancy, Trust for Public Land, South Coast Missing Linkages Project, Riverside and San Diego Counties, et al.), working together to conserve lands that can serve as a buffer for Camp Pendleton. A Biological and Planning Subcommitee identified priority areas of conservation that would best benefit the goals of Camp Pendleton and necessarily incorporated the value of linkage connection so that the Marine Corps Base and the Santa Ana Mountains do not become an isolated area of coastal habitat with no wildland connections or buffer lands. The Department of Defense has used this analysis to target Defense Authorization Act funds for thousands of acres of land in this linkage for protection. The SCCF linkage design incorporated key results from the Santa Ana – Palomar Mountain linkage as many of the goals were supportive, but the key perspective was that the design would meet the goals of Camp Pendleton and the Defense Authorization Act.

CAPP PLAN
The Conceptual Area Protection Plan (CAPP) is a guiding document that serves as a blueprint for the Department of Fish and Game (DFG) and makes available State funding for acquisition of land from willing sellers or the potential to acquire land preservation agreements with willing private property owners. The Santa Ana – Palomar Linkage CAPP takes a regional perspective and is bisected by the Riverside and San Diego County boundary. 72 percent of the Riverside MSHCP overlaps with CAPP priorities, leaving 28 percent not covered by the Riverside County MSHCP. Currently 92 percent of the San Diego North County MSCP overlaps with the CAPP priorities leaving only 8 percent not covered by the San Diego NCCP plan, though this plan is not yet finalized and it may well, in final form, cover all areas the CAPP has prioritized. The CAPP helps ensure the ecological integrity of the area and help protect habitat and movement patterns of 104 special status species in the area.

How You Can Help

The SDSU Field Stations Program supports teaching research and education on the ecosystems of southern California by collecting, understanding and sharing environmental data. The FSP’s involvement with local communities aims to make lasting contributions to understanding and sustaining natural systems and process and applying this information to regional issues.