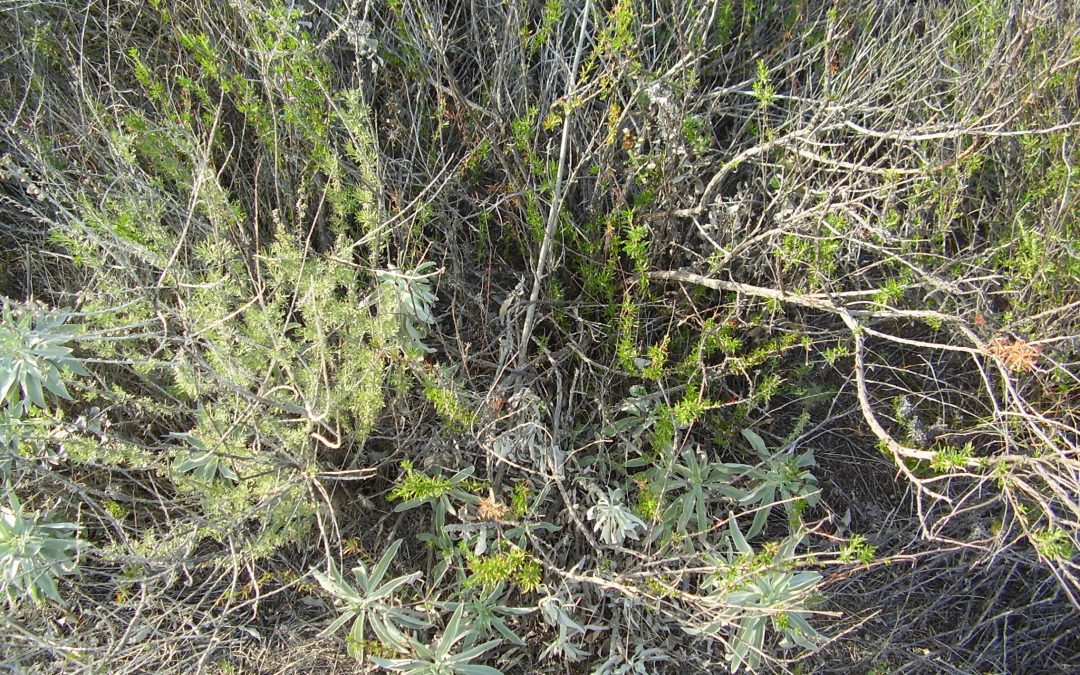 Former SDSU doctoral student, Francis Bozzolo, published part of his dissertation in Plant and Soil. Part of the motivation for this study was that the dominant shrubs of Coastal Sage Scrub ecosystems are generally clumped in patches, as in the photo above. Do they partition N by depth or chemical form? What happens to N partitioning when exotic annual species invade the ecosystem? Are there feedbacks from the soil microbial community that alter N uptake and growth of these plants? Francis performed a greenhouse experiment using three native and three exotic plant species, three forms of N, and soil that was sterilized and either inoculated with native soil or left uninoculated. In a separate study Francis added different forms of isotopically-labeled 15N to the soil at different depths. The species did vary somewhat in their preferences for N forms and depths, though there was considerable niche overlap, showing that even the native shrubs probably compete with each other for N. But the most striking result was that the native plants tended to benefit from the native soil inoculum, while some of the exotics were inhibited by the addition of native soil microbes. This shows how preserving or restoring the native soil community might help favor the persistence of native plants.